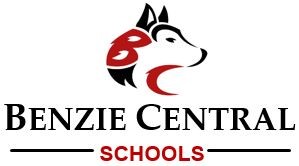 David Clasen was born in Detroit, Michigan and resided in Harrison Twp. He is the youngest of three children and the first college graduate in his family. His father worked at Chrysler on the assembly line for 30 years and his mother worked in the home healthcare field.

Prior to assuming the role of Principal at Benzie Middle School, Mr. Clasen was Assistant Principal at Houghton Lake High School in Houghton Lake for five years. Prior to that, he taught in the curricular areas of biology, applied science, earth science, and health to grades 9-12, and physical education to grades 4-5 and 9-12 at Reed City Public Schools in Reed City, Michigan.

In 2011 Mr. Clasen earned his Education Specialist degree and in 1998 he earned his Master of Arts degree in Education Administration, both from Central Michigan University. He studied his undergraduate work at Ferris State University where he graduated in 1992 with a Bachelors of Science degree in Biology Education with a minor in Physical Education/Coaching. David graduated from L’Anse Creuse Public Schools in Harrison Township Michigan.

Mr. Clasen has an extensive record of serving in leadership positions with a wide variety of community service organizations. He is a former president of the Big Rapids Jaycees in Big Rapids; a former state delegate for the Houghton Lake Kiwanis and a former den leader for the Cub Scouts of America troop in Houghton Lake. A former board member of the Houghton Lake Youth Association. In 2015 he was the recipient of the Paul Harris Fellow from the Benzie Sunrise Rotary.

Mr. Clasen is a strong supporter of extracurricular activities for all students. He was the co-advisor of the Benzie Middle School Builders Club. Mr. Clasen has coached youth soccer, youth baseball, and has coached high school junior varsity football, varsity football, junior varsity softball, varsity softball and a recipient of the all-sportsmanship award for his softball team.

When not at work Mr. Clasen spends his free time biking, reading, and spending time with family enjoying activities such as boating. Also, loves to hang out with his two buds, Zeke and Zoey, his Border Collies.